ICAC and UMAC officials Dariana Denysova, Deputy Secretary General of UMAC and Olga Kostyshyna, Advisor to the President of the ICAC and the UMAC, were invited as the seminar’s guest speakers.

Dariana Denysova spoke on the Procedural aspects of filing a claim and hearing a case at UMAC. She highlighted the principal stages of UMAC proceedings, focusing on the practicalities of filing a claim, the procedure for imposing the interim measures to secure the claim in the form of a vessel arrest, as well as on selected peculiarities of arbitration and the progressive novelties of the UMAC 2018 Rules. In particular Ms. Denysova noted the benefits of the UMAC jurisdiction, noting that the UMAC Rules provide opportunities to a wide range of entities for effective and timely protection of their interests.

Olga Kostyshyna, Advisor to the President of the ICAC and the UMAC, briefed the delegates on the topic “The application of the new arbitration legislation: theory and court practice”. Ms. Kostyshyna not only explained in detail the new procedure for the implementation of arbitration control and arbitration promotion functions of the state courts, but also offered examples of the application of new procedural mechanisms in court practice. Olga Kostyshyna noted that “The resolutions of the Supreme Court and general appellate courts on arbitration prove the support of international arbitration by Ukraine’s judicial branch.”

Artem Volkov, a UMAC arbitrator, the Head of Maritime Law Practice in ANK law firm, shared his experience of arbitrating cases involving maritime agents. Mr. Volkov advises to involve shipowners as third parties when arbitrating cases against maritime agents. Shipowners are the ultimate payers of port dues and other service charges for treating ships at the port. In addition, he emphasized the procedure of notifying the shipowner of the time, date and place of the hearing, subject to the requirements of the Hague Convention on the Service Abroad of Judicial and Extrajudicial Documents in Civil or Commercial Matters , dated 1965, and the Instructions on the Execution of International Treaties on Legal Assistance in Civil Cases on Servicing Documents, Collecting Evidence, Recognizing and Enforcing Court Decisions, approved by the order of the Ministry of Justice of Ukraine No. 1092/5/54 dated 27 June, 2008. Artem Volkov also advised to involve maritime agents when the currency of the collection is hryvnia to support more efficient execution of the arbitral award.

Other speakers of the seminar included:

Alexey Remeslo, an associate partner of Interlegal Law Firm, who spoke on the sanctions imposed in the Black Sea region and their impact on shipping;

Danil Hristich, senior Associate at Legrant Law Firm, presented on the peculiarities and features of GAFTA Arbitration; and

Andrii Mashchenko, Managing Partner of MBLS Law Firm, who touched upon the practical nuances of debt collection from shipping companies.

Taking into account the considerable interest of the regional legal community to the seminar, which was attended by approximately 50 delegates, the organizers decided to establish a tradition of seminars on the topical issues in the field of trade shipping. 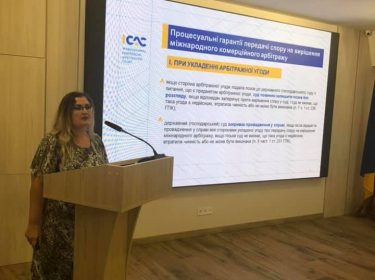 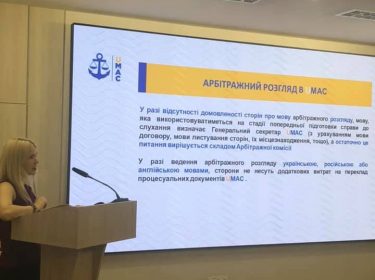 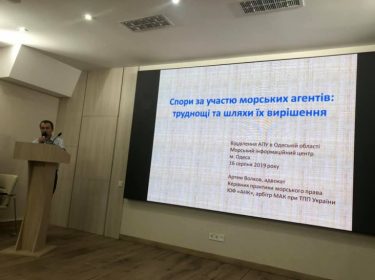 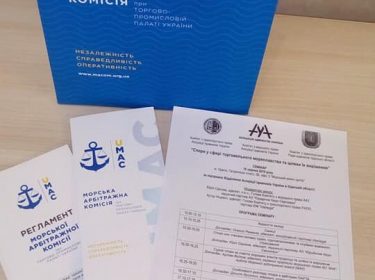 On 16 August, 2019, the historic first seminar on Resolving Shipping Disputes, organized jointly by the Transport Law Committee of the Ukrainian Bar ... 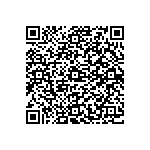