The General Meeting of the ICAC and the UMAC Arbitrators at the Ukrainian Chamber of Commerce and Industry of Ukraine: the results for 2021 and the goals for 2022

On 18 February 2022, the International Commercial Arbitration Court (the ICAC) and the Maritime Arbitration Commission (the UMAC) at the Ukrainian Chamber of Commerce and Industry of Ukraine held the General Meeting of Arbitrators both online and off-line, attended by over 50 arbitrators from Ukraine, Poland, Latvia, Estonia, Belarus, Canada, Great Britain, Germany, the Netherlands, and China. In particular, the participants were pleased to welcome in person two foreign arbitrators: Włodzimierz Brych (Poland) and Alexander Belohlavek (Czech Republic). The event was moderated by the ICAC arbitrator Tatyana Slipachuk.

In his opening speech, the President of the Chamber of Commerce and Industry of Ukraine Gennadiy Chyzhykov said that the Chamber of Commerce and Industry of Ukraine and the Ukrainian business were proud of the ICAC results in 2021. “The ICAC is an independent institution, and this is a matter of principle. The national arbitration forms Ukraine’s image in the world,” the speaker added. According to the Mr. Chyzhykov, the ICAC is known and valued as an institution that operates in accordance with the highest international standards. The efficiency of the institution’s work is also recognized by the most reputed international publication in the field of arbitration The Global Arbitration Review, which for the first time included the ICAC in the list of arbitration institutions worth a closer look in Eastern Europe.

“This is a special year for us as we are celebrating the 30th anniversary of the ICAC. This year will be dedicated to the development of arbitration in Ukraine, and the task of the Chamber of Commerce and Industry of Ukraine is to increase the number of businesses that engage in foreign economic activities and include an ICAC arbitration clause into their international contracts” – said Gennadiy Chyzhykov. 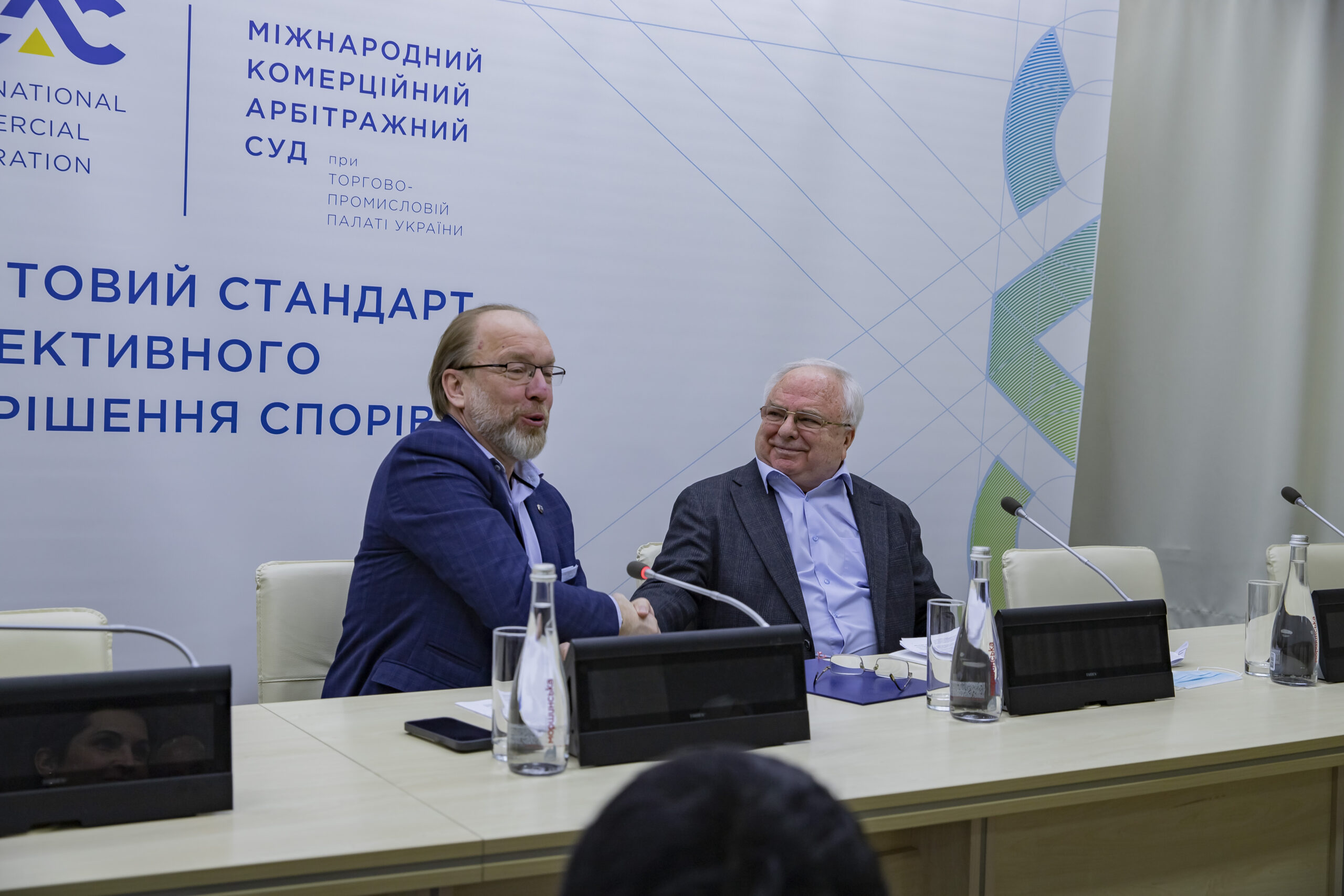 The head of the ICAC and the UMAC Mykola Selivon devoted his report to the results of 2021, and also outlined the directions of future focus for the arbitrators and the Secretariat. Speaking about the trends in arbitration development, Mr. Selivon noted: “For the second consecutive year, international arbitration is functioning under the constraints of the pandemic. During this time, the ICAC has adapted its processes to the new realities. In 2021, nearly half of all cases were heard online, which increased the number of foreign arbitrators on the arbitral tribunal and allowed the parties to save on arbitration costs”.

According to Mykola Selivon, last year the ICAC actively cooperated with the state authorities, in particular, relating to the legal regulation of international investment arbitration, amendments to the Law of Ukraine “On International Commercial Arbitration”, preparation of the draft law “On Mediation” and proposals on ratification of the UN Convention on International Settlement Agreements Resulting from Mediation.

Mykola Selivon outlined the priority tasks of the ICAC for 2022 including:

The ICAC Vice President, Inna Yemelyanova, in her report focused on the practice of reimbursement of legal costs to the parties. The speaker noted that the analysis of the arbitration practice of the ICAC showed the use of respectful, reasonable and well-grounded approaches in deciding the issue of legal costs reimbursement. At the same time, there was a need for the Presidium of the ICAC to prepare recommendations on the practical application of the criteria legal costs reimbursement, specified in the Provision on Arbitration Fees and Legal Costs. “The arbitration court is obliged to evaluate the volume of legal costs subject to reimbursement by the other party based solely on whether such costs were actually incurred and reasonable”, – said Ms. Inna Yemelyanova. 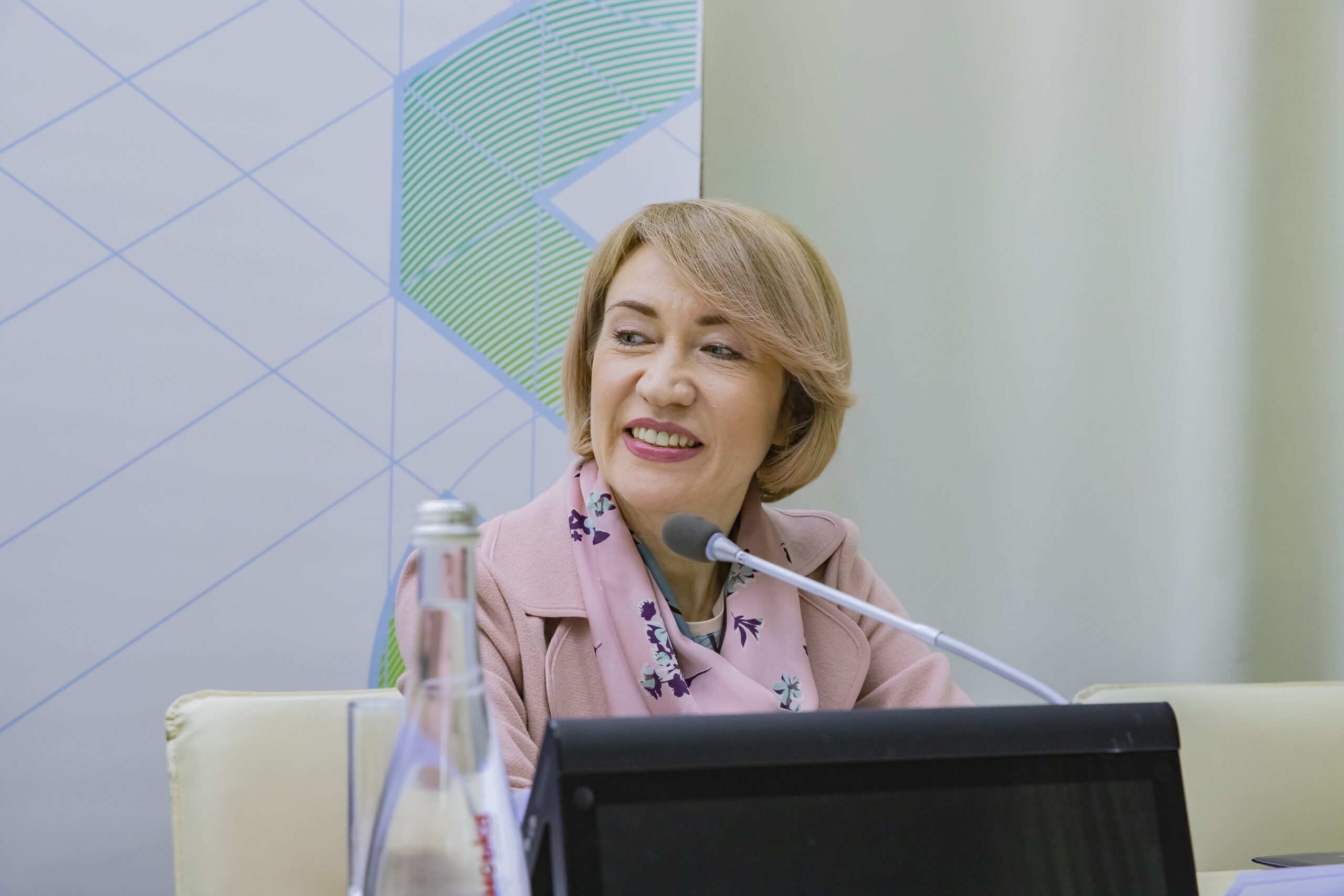 The speaker also stated that there had been frequent claims for recovery of “success fee”, commonly charged by lawyers. In international arbitration practice, this issue is one of the most controversial among all other aspects of reimbursement of costs incurred by the parties. At the same time, the ICAC Vice President noted that a party had the right to “pay extra for the success” to its lawyers, but such extra payments should not be made at the expense of the party that lost the case. And the “success fee” obligation is binding only for the party of the arbitration proceedings and its lawyers.

The issue provoked a lively discussion among the arbitrators; Liudmyla Vynokurova, Tatiana Zakharchenko, Petro Krupko, Oleg Podtserkovnyi, Yuliya Atamanova, Vladimir Krokhmal and Markian Malskyy shared their thoughts with the colleagues. The ICAC arbitrator Valentina Sourjikova-Giebner described the experience and approaches of both state courts and arbitral institutions of Germany to the reimbursement of legal costs.

Commenting on the prospect of expanding the ICAC line of services, Inna Yemelyanova, who is also responsible for drafting the Rules on mediation and the Procedure on Mediation Fees and Costs, stressed two important points. Firstly, it is necessary to implement both pure mediation and at the same time hybrid procedures “Med-Arb” and “Arb-Med-Arb”, which will also result in amending the ICAC Rules. Secondly, there is a discussion about the methodology of introducing investment dispute resolution to the ICAC, including the feasibility of developing separate Rules for Investment dispute arbitration. 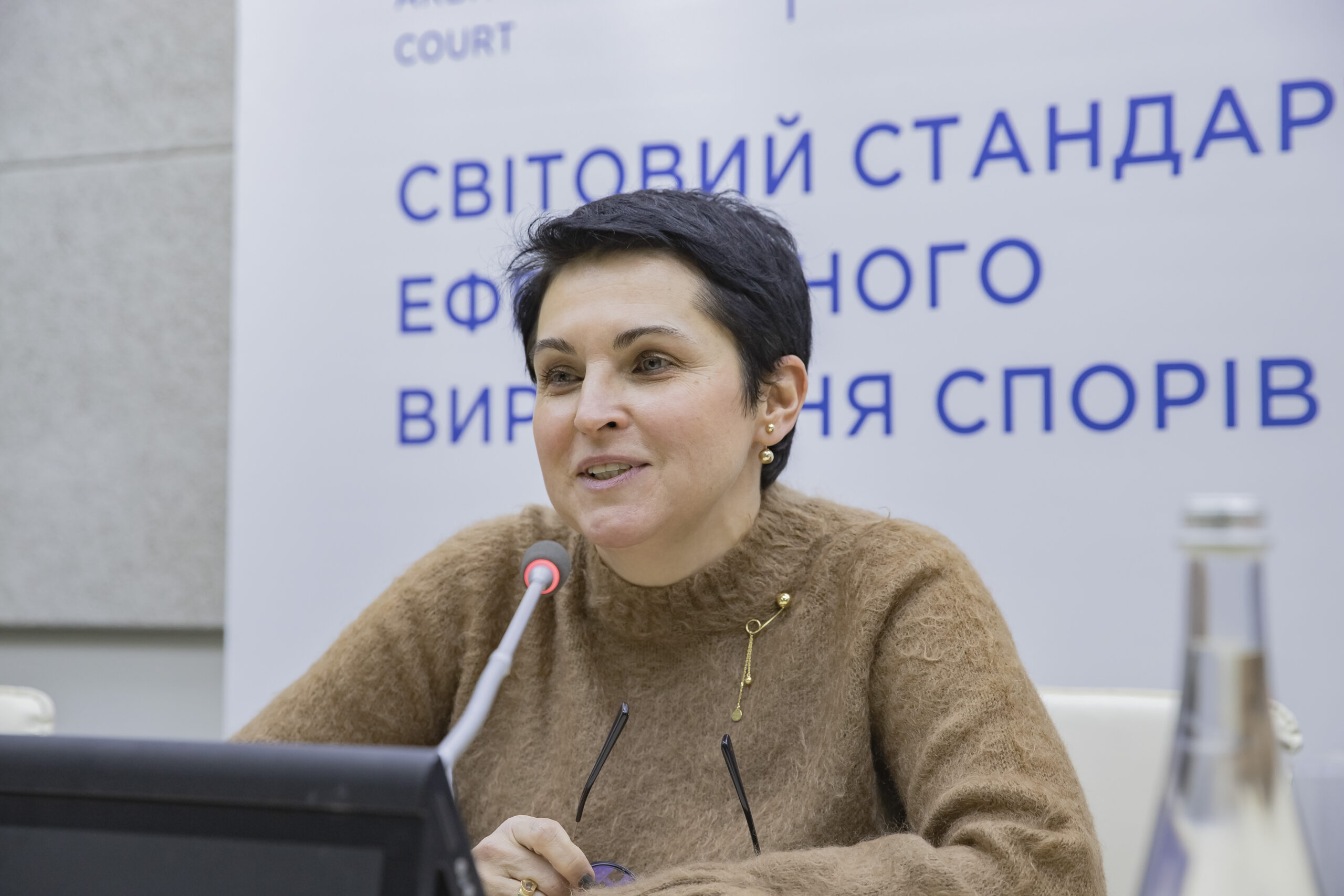 ICAC arbitrator Tatyana Slipachuk in her speech said that in the near future the draft guidelines for online hearings would be presented for discussion, which were prepared taking into account the experience of online hearings in years 2020-2021. The draft guidelines will regulate a number of practical issues, from scheduling hearings and arranging for individual online accounts, regulating access to documents, recommendations to the parties on the organization of the online hearings, including the dress code of the hearings’ participants, to the rules of switching on/off the microphone and camera, continuity of presence at online hearings, etc.

Expressing gratitude to the world arbitration community for their unprecedented support of Ukraine, its national identity and independence at a times of a highly sensitive geopolitical situation around, Mykola Selivon, on behalf of Włodzimierz Brych, presented a joint letter from two Polish arbitration institutions proposing the opening of the ICAC branch in Poland. “This demonstrates that the international arbitration community expresses continuous and impressive support of Ukraine”, – said Selivon.

Add to calendar 20220218 20220218 Europe/Kiev The General Meeting of the ICAC and the UMAC Arbitrators at the Ukrainian Chamber of Commerce and Industry of Ukraine: the results for 2021 and the goals for 2022

On 18 February 2022, the International Commercial Arbitration Court (the ICAC) and the Maritime Arbitration Commission (the UMAC) at the Ukrainian ...